Listen up lovers of salty-sweet treats! Candy Corn Pretzels are for you! 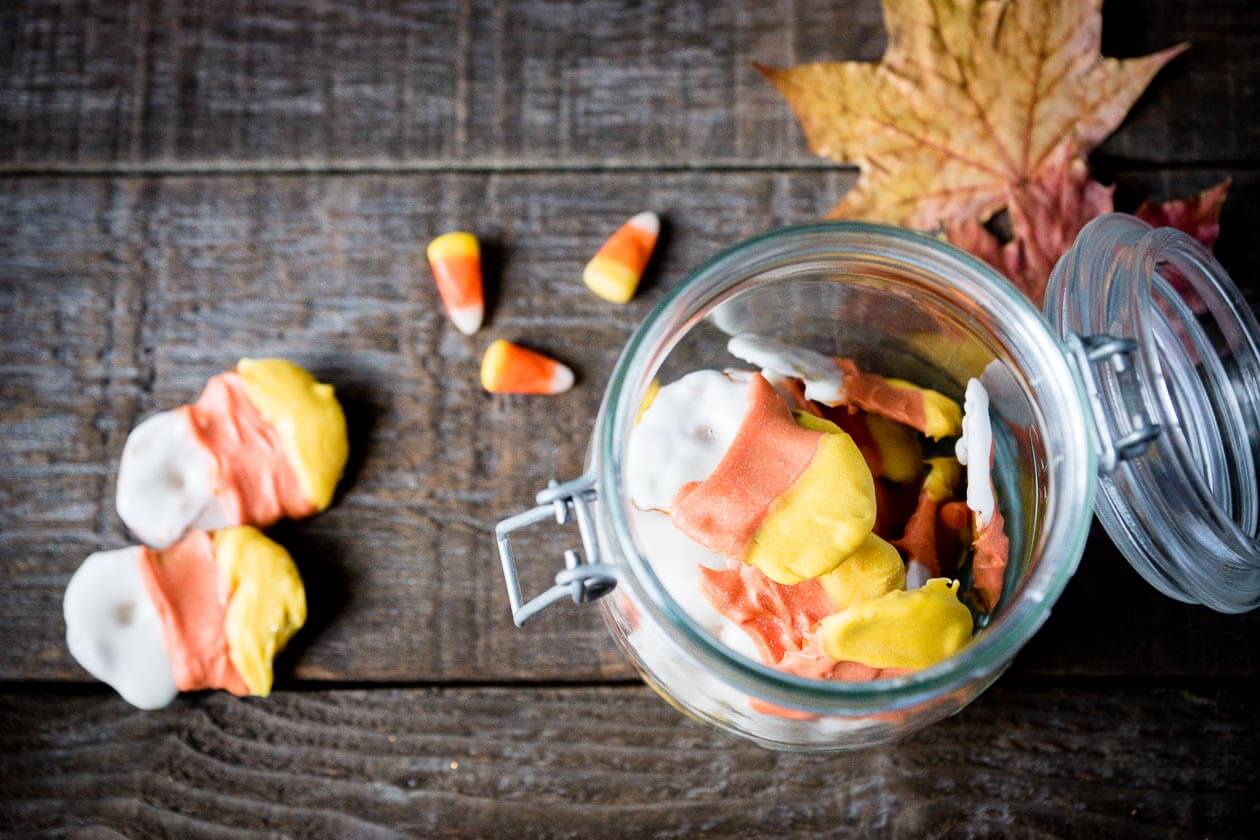 I am really looking forward to Halloween. I love that there is a day when everyone is celebrated for trying on a new identity and indulging in a bit of magic and mystery. Choosing a costume is a high point of fall for kids from about age 4 until, well I'm not sure when the excitement diminishes. I'll have to get back to you on that one.

For several years, my grandma sewed Halloween costumes for my sister and I. Her generosity meant two things, first, it meant we got to go to the fabric store and stare at the pattern catalogs. We flipped back and forth weighing all the options. The page turning started as soon as the fall catalogues appeared, idly at first then with growing urgency as the deadline to choose approached. Which brings me to the second part, grandma sewing our costumes meant we had to make a final decision about 6 weeks before Halloween. She needed time to gather the materials and actually sew the garments but it did mean we were left out of the lunch table costume brainstorming that peaks about 3 weeks before the 31st. 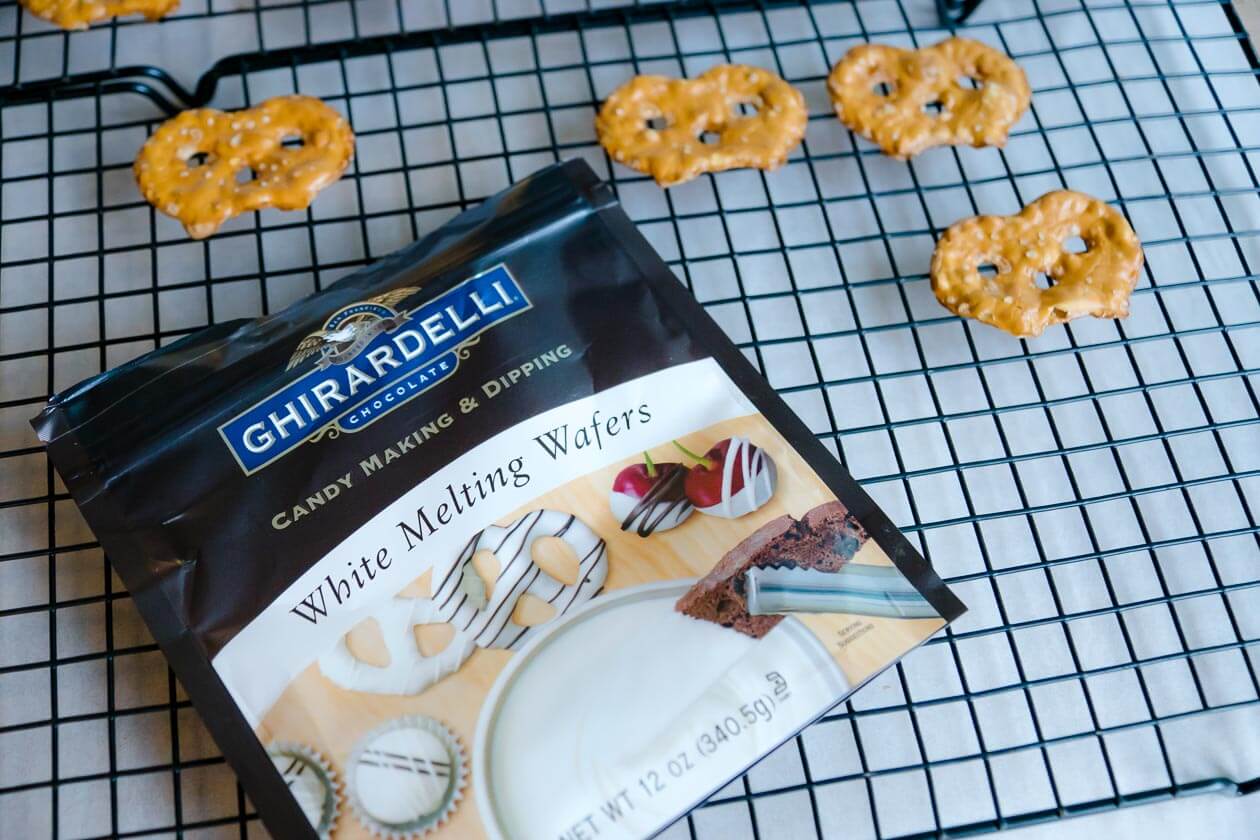 Our oldest was not quite 3 the first year we took him trick-or-treating. It didn't matter that we only visited five houses the evening was magical for all of us. Though I'm sure he has no memory of knocking on the first door, Mike and I agree it was one of the highlights of his toddler years.

His costume was simple, I created a no frills farmer ensemble from a pair of 2nd hand overalls, a red flannel shirt, his favorite rubber boots, and a straw hat. The hat was sized to fit a much older child, thus, it tipped down over his face more than often than sat on his head - the effect was adorable.

That Halloween night we took him around the neighborhood to no more than half a dozen houses. At the first house - our next door neighbor - we stood on the sidewalk and let him climb the stairs all on his own. He had practiced the official Halloween exchange but we weren't sure what would happen. We didn't need to worry a bit, the kid was a natural! He called out his, "trick-or-treat” greeting clear as a bell, accepted the candy offered, and followed up with an exuberant, "thank you very much!” Watching the scene unfold, I was as excited as my son. When he turned around his eyes were wide as saucers. He knew he had just been let in on one of the greatest secrets of the universe and his mind was blown.

The next year he had a better grasp on what was coming. We were slightly more ambitious in the costume department and he was able to visit considerably more houses. He started asking the next day when he could go trick-or-treating again, and kept asking for the following 12 months. It has been so much fun listening to him plan costumes not only for himself but for his brother, parents, and even members of our extended family. I am happy to embrace any holiday that inspires this much creative thinking. 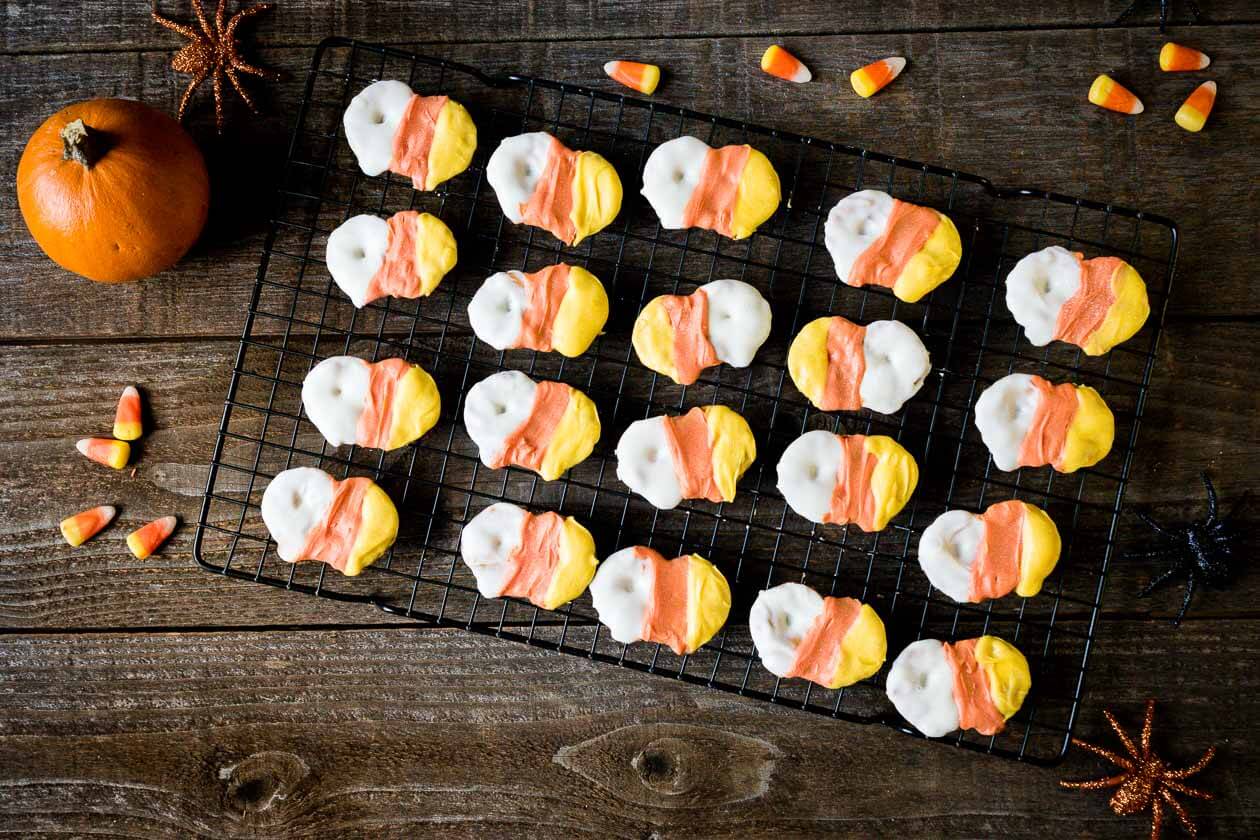 When I started thinking about Halloween recipes I wanted to channel some of that costume creativity. I was looking for something simple, a little silly, and in keeping with the idea of trying on a new identity. It took a bit of brainstorming before, I realized these white chocolate candy corn pretzels fit the bill perfectly. In my mind the combination of salty and sweet in a snack is a winner every time. 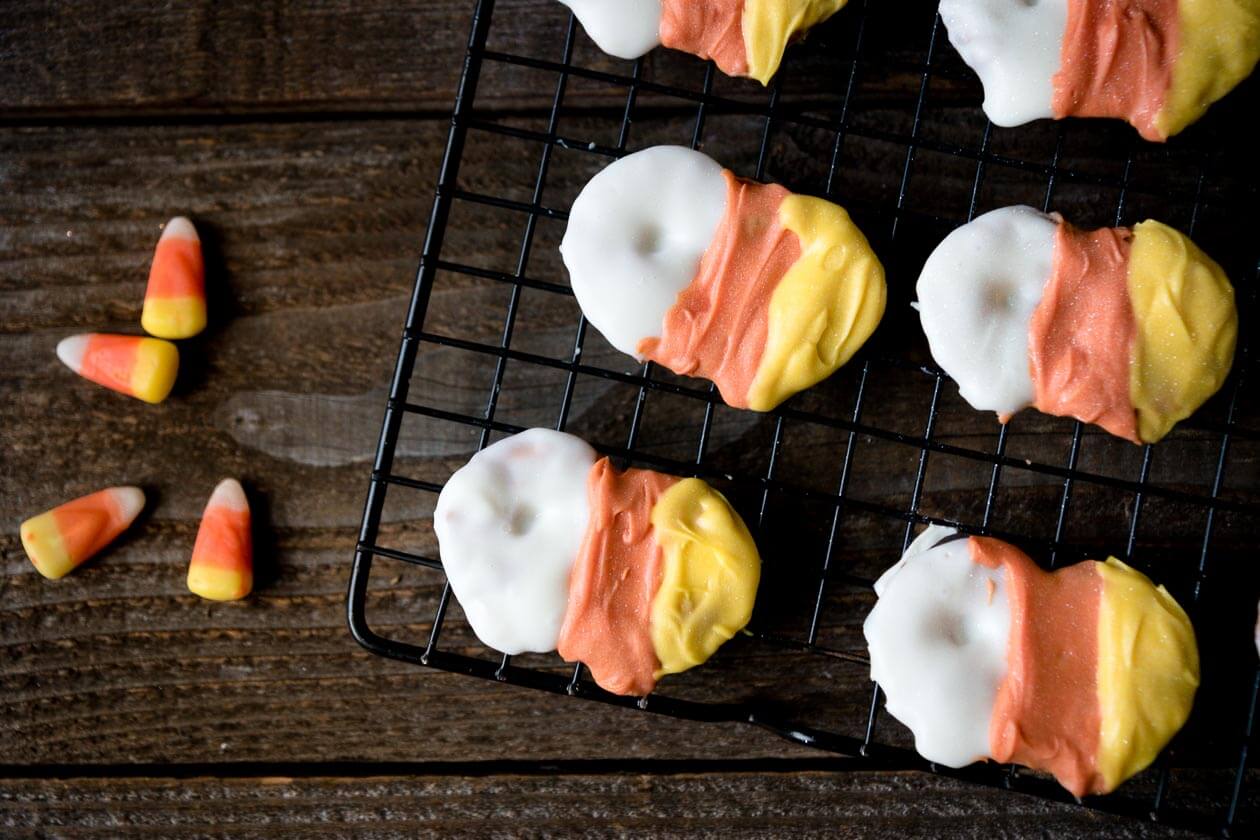 They take a bit of time to make but you only need a few tools and the steps are very simple. In fact, there are pretty much just two steps but you repeat them three times. By the time you get to the final step you'll be on your way to perfecting the technique. Picture a few of these in a little cellophane bag ready to give to friends, neighbors, or party guests.

I am still working on finding a costume for myself but, there is no doubt about it, these dressed-up as candy corn pretzels are ready for Halloween. 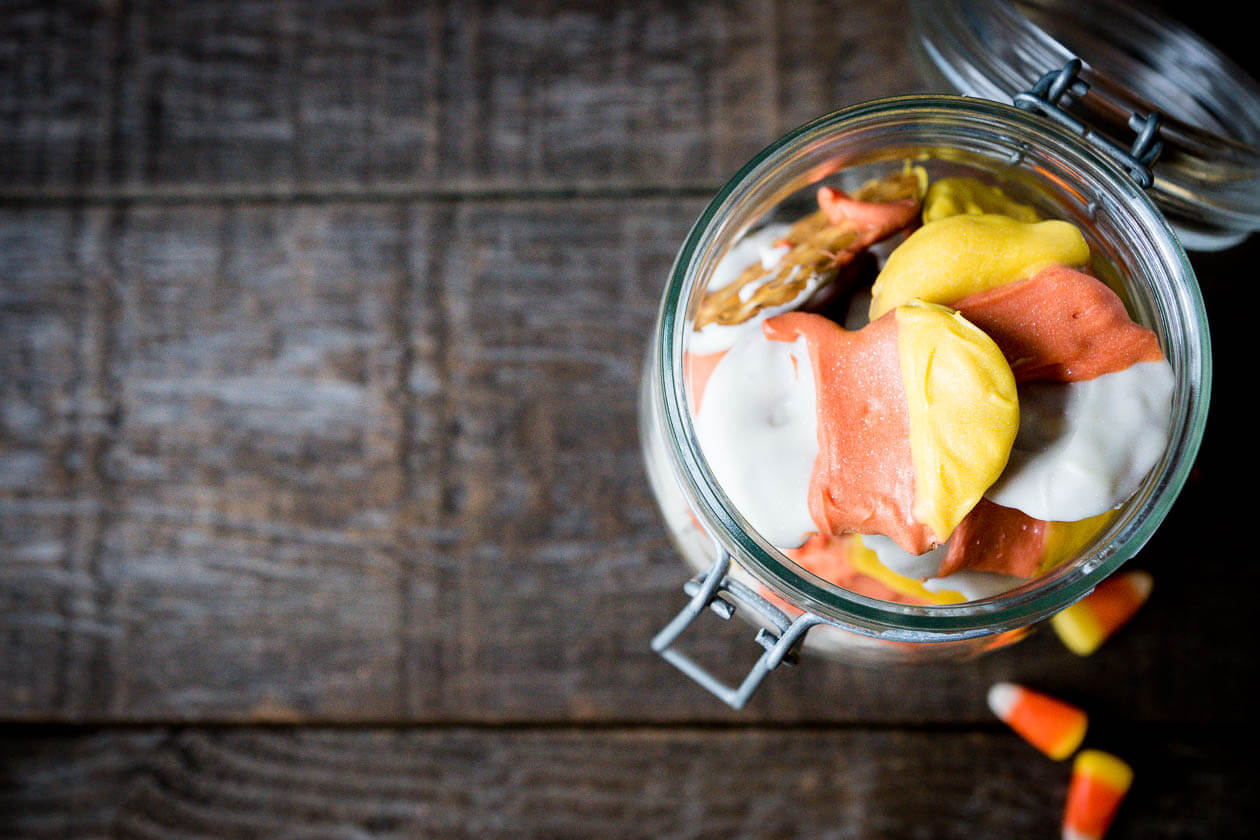 Rose McAvoy
Lovers of salty sweet pairings will flip for these whimsical treats. All you need is a microwave, food dye, and some basic kitchen tools to scare up a few dozen or more! Grab a few friends to make this recipe in a snap.
5 from 1 vote
Print Recipe
Prep Time 1 hr
Cook Time 5 mins
Total Time 1 hr 5 mins
Servings 2 dozen
Calories 139 kcal

Sealed in an air tight container, the coated pretzels should keep in a cool dry place for up to a week.